General admission tickets are $20, with special rates for seniors and students.

New Comma Baroque has gained a reputation for combining education and fun through their inventive programming. The ensemble has been praised for their “gusto” and “lively and intense performances” (John W. Barker, Isthmus, The Daily Page), playing across the Midwest, in addition to Boston and New York City.

New Comma Baroque is a program of the Renovo Music Alliance, a 501(c)(3) non-profit performing arts organization. More information can be found at www.newcommabaroque.org and www.renovomusicalliance.org. 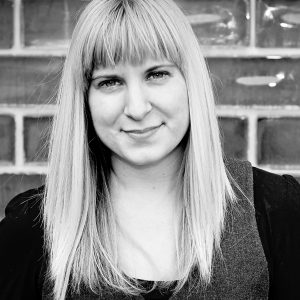 AMY BEARDEN holds a masters degree in Early Music Voice from the Early Music Institute of Indiana University in Bloomington, Indiana. There, she studied voice with Paul Elliott, a renowned tenor and founding member of the Hilliard Ensemble. At Indiana, Amy focused on Medieval and Renaissance music studying both history and performance. In Chicago, Amy is the Artistic Director and Founder of The Marion Consort, a premier early music ensemble. In addition to Marion, Amy is a sought after choral artist who has performed with Texas Early Music Project in Austin, Texas and is on staff of the Amherst Early Music Festival in New London, Connecticut. Amy also holds a Bachelors degree in Music Education from Millikin University in Decatur, Illinois. Currently, Amy teaches K-8 General Music in the McKinley Park neighborhood of Chicago. 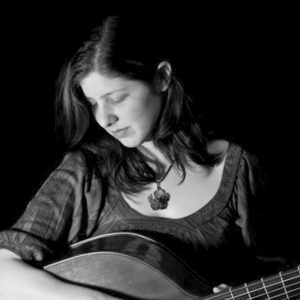 KATHERINE SHULDINER graduated from Oberlin Conservatory in viola da gamba performance under the tutelage of Catharina Meints. She has performed with Chicago based ensembles such as BBE: Bach and Beethoven Ensemble, Vox 3 Collective, and continues to perform with The Newberry Consort. Nationally, Katherine has performed with Washington Bach Consort, La Follia Austin Baroque, as well as performing Bach’s Saint Matthew’s Passion with Bel Canto Chorus and the Milwaukee Chamber Orchestra. Katherine is becoming a fixture in the Chicago baroque music scene, performing with Chicago based musicians such as Rachel Barton Pine, Mark Shuldiner, David Walker, and more. Ms. Shuldiner served a two year term on the board of the Viola da Gamba Society of America and was chosen to perform in the first Early Music America’s Young Performers Festival during Boston Early Music Festival. When Katherine is not performing, she enjoys teaching the viola da gamba to children and adults alike. She has taught at Madison Early Music Festival, Whitewater Early Music Festival, and throughout the year teaches the viol at Nettlehorst Elementary School in Chicago.