This article was originally published on the Double Bass Blog on October 12th, 2007. For other installments in the Early Bass Performance – Early Music Interview Series, as well as many great resources for the amateur, student and professional double bassist, please visit the Double Bass Blog and the Contrabass Conversations Podcast. Continuing Contrabass Conversations and the Double Bass Blog’s series on early bass performers, highlighting the many different perspectives on early bass/ violone performance. Our next guest is Jay Elfenbein, performer of double bass, is principal bassist and violone player with New York Collegium, Boston Early Music Festival Orchestra, Opera Lafayette, and theWashington Bach Consort, among others. Jay also is a performer of the violone, viola da gamba, electric gamba, vihuela darco, vielle, rebab, and psaltery. We hope that you will enjoy these interviews and glean a good deal of information from our esteemed guests.

About Jay Elfenbein:The performances of Jay Elfenbein, double bass, have been described by the New York Times as “played magnificently” and “with virtuosity and flair.” He is principal bassist and violone player with New York Collegium,Boston Early Music Festival Orchestra, Opera Lafayette, and theWashington Bach Consort, among others; has appeared as a viola da gamba soloist in both Bach Passions throughout the Northeast; and performed on bass violin with Tragicomedia, the Portland Baroque Orchestra, and Early Music New York. He has recorded for Sony Classics, CBS, PGM, and Newport Classics, among others, and played vihuela and vielle on Paul Simon’s You’re the One. Mr. Elfenbein is the founder and director of the Ivory Consort, a sextet that specializes in medieval music performed in an exciting and historically informed manner. For over fifteen years, the group has brought ancient music to life on stage and over the radio with stunning clarity and bold improvisation. The Ivory Consort presents a fascinating mosaic of songs from the Golden Age of Spain, when Jews, Muslims, and Christians forged a common musical language.

The live program and their first CD, Music in the Land of Three Faiths, features 10th through 13th century songs in Ladino, Hebrew, Arabic, andGalician-Portuguese and provides a historical context for the intermingling of cultures that took place before the 1492 Expulsion.

A new live CD, “The Ivory Consort Live! Troubadours across the Pyrenees,” is soon to be released and features Elfenbein on vielle, vihuela d’arco, rebab, and vocals, as well the full ensemble, brilliant improvisers and singers in the styles and languages of medieval Spain and Occitan. 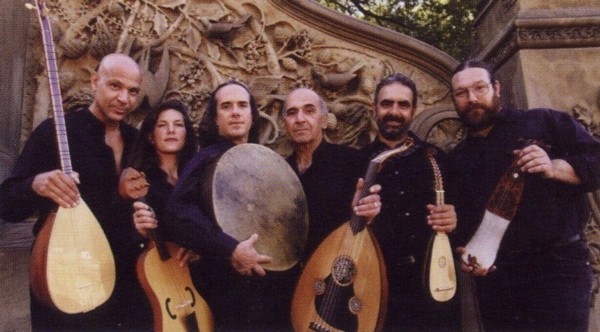 Jay Elfenbein with the Ivory Consort 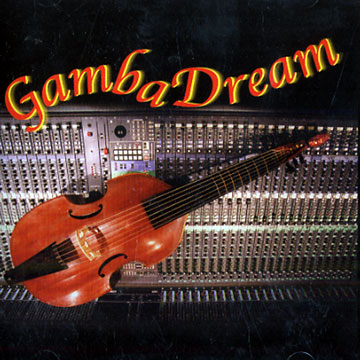 Mr. Elfenbein is also the founder and director of GambaDream, an exciting new group based in New York City, bringing a bold and colorful new sound to contemporary music. The group features Mr. Elfenbein on acoustic viola da gamba and the new electric Ruby Gamba, an ancient string instrument reborn, which bows like a violin or cello, but also plucks like a bass and strums chords like a guitar. Other personnel include Tom Nelson on piano, Ratzo Harris on bass, Satoshi Takeishi on percussion and Andrée Pagès, vocalist. Growing from traditional jazz and classical roots but composed and played with the improvisational freedom and rhythmic energy of modern jazz and rock, GambaDream blends gorgeous melodies with inspired lyrics, lush harmonies, and innovative instrumentation. The group’s pioneering CD, GambaDream, features nine exciting instrumental and vocal compositions by Elfenbein, ranging from traditional jazz forms and rock tunes to daring free-form improvisations, all with great rhythmic intensity. Also included are pieces by Dave Holland, Joe Henderson, and an innovative arrangement of “Pick Yourself Up” by Jerome Kern.

Mr. Elfenbein is a published composer whose work has been commissioned and performed in the U.S., Japan, Canada, Europe, and South America. He works in a wide variety of genres, and has written for many vocal and instrumental combinations, including early instruments. His orchestral and large jazz works have been premiered in New York City.

For more information about Jay Elfinbein, the Ivory Consort,GambaDream, and his various other projects, please visit http://www.elfpagesmusic.com/.

I got interested in early music when I first heard it in conservatory; I had a great and highly informed teacher of music history, Lucy Cross who is a player of lutes and viols as well as one of the top scholars of Machaut.

I am a double bass player, but my interest took me toward violone, then all sizes of viols, then vielles and vihuela d’arco and rebab, etc.

Indeed, there is no way to properly conceive of an historically informed approach to playing violone without a thorough knowledge of gamba technique and style.

I was very impressed and learned a great deal from Mary Springfels, Margeriet Tindemins, and Mr. Onofri, the fiddle player from the Italian group “Il Giardino.”

I studied modern music mostly at Juilliard, and Manhattan School of Music, but I was already a working jazz musician.

What teachers and schools would you recommend students look at for college focusing on early music?

I recommend much listening to live performance and of course, great recordings. The teacher for you will become apparent eventually.

No, I was not involved in early music at that time.

I’ve always enjoyed a great performance, one with heart.

Too many to mention.

What part of life can’t we learn from the practice of art?

None, other than their peculiar beauty of sound, and maybe their “authenticity” in any given context.

Indeed, I never stop studying and researching, for example most recently, the history of bowed string instruments, which are inextricably tied into the history of the earliest human domestication of horses, and early horse culture, in general.

For more information about Jay Elfinbein, the Ivory Consort,GambaDream, and his various other projects, please visithttp://www.elfpagesmusic.com/. For other installments in the Early Bass Performance – Early Music Interview Series, please visit the Double Bass Blog (http://www.doublebassblog.org/) and the Contrabass Conversations Podcast (http://www.contrabassconversations.com/).